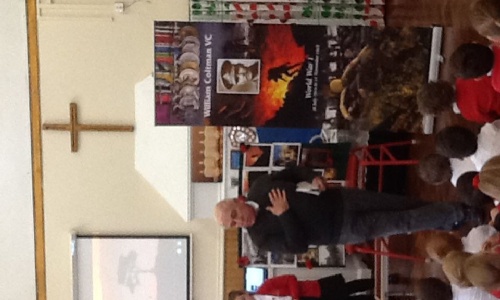 John Coltman delivered the worship today. He told the story of the two crosses in which his Grandfather, William Coltman, who was awarded the Victoria Cross for his efforts during the First World War. Due to his heroic actions William Coltman has become the most decorated other tank in the British Army.