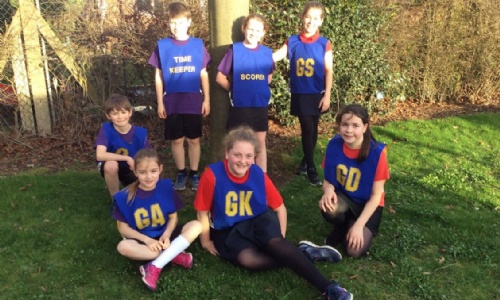 We entered a Forest Federation team at the netball tournament Rykneld and played 4 matches. First we played Richard Crosse and lost 3-0, we were still settling in to playing together. From then we got better and better. Second match against Alrewas we drew 3-3, followed by two wins 1-0 against Rykneld and the 5-0 against Richard Wakefield.  We were overall joint winners with Richard Crosse. Well done children.